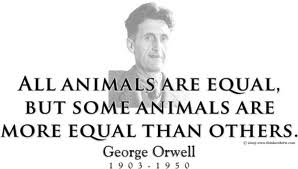 The characters of Napoleon, Snowball, Old Major and others are based upon the leaders of the former Soviet Union. In order to understand who the animals represent, you need to know something about Leon Trotsky, Vladimir Lenin, Karl Marx and Joseph Stalin. Use theDatabases tab for biographical and history databases to learn who's who.

These timelines place people and events in context.

The primary sources at this web site offer insight into the politics of the Russian Revolution. Remember to consider the Time and Place rule and the Bias rule when reading primary sources.

Read his biography to find the inspiration for Animal Farm. To see the links (including a letter to his publisher), scroll down past the book publication information

Chapter summaries connect to themes of government as well as a synopsis of major characters.

The Cult of Personality 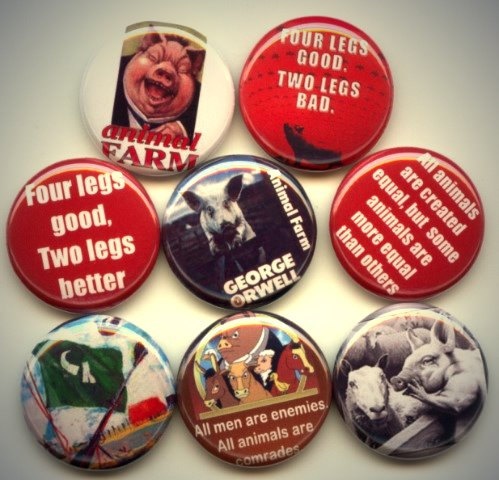 Animal Farm is both an allegory and satire. Use the links below for a definiion.

In Animal Farm, Orwell is commenting upon specific forms of government: Marxism, Communism, Socialism and Totalitarianism. Use the databases to learn more about them.

Citizens were organized into collectives and the government planned production according to the Five Year Plans. Was it successful? What was the cost?

There are 25 questions on this quiz. Take the quiz after you have finished reading Animal Farm.